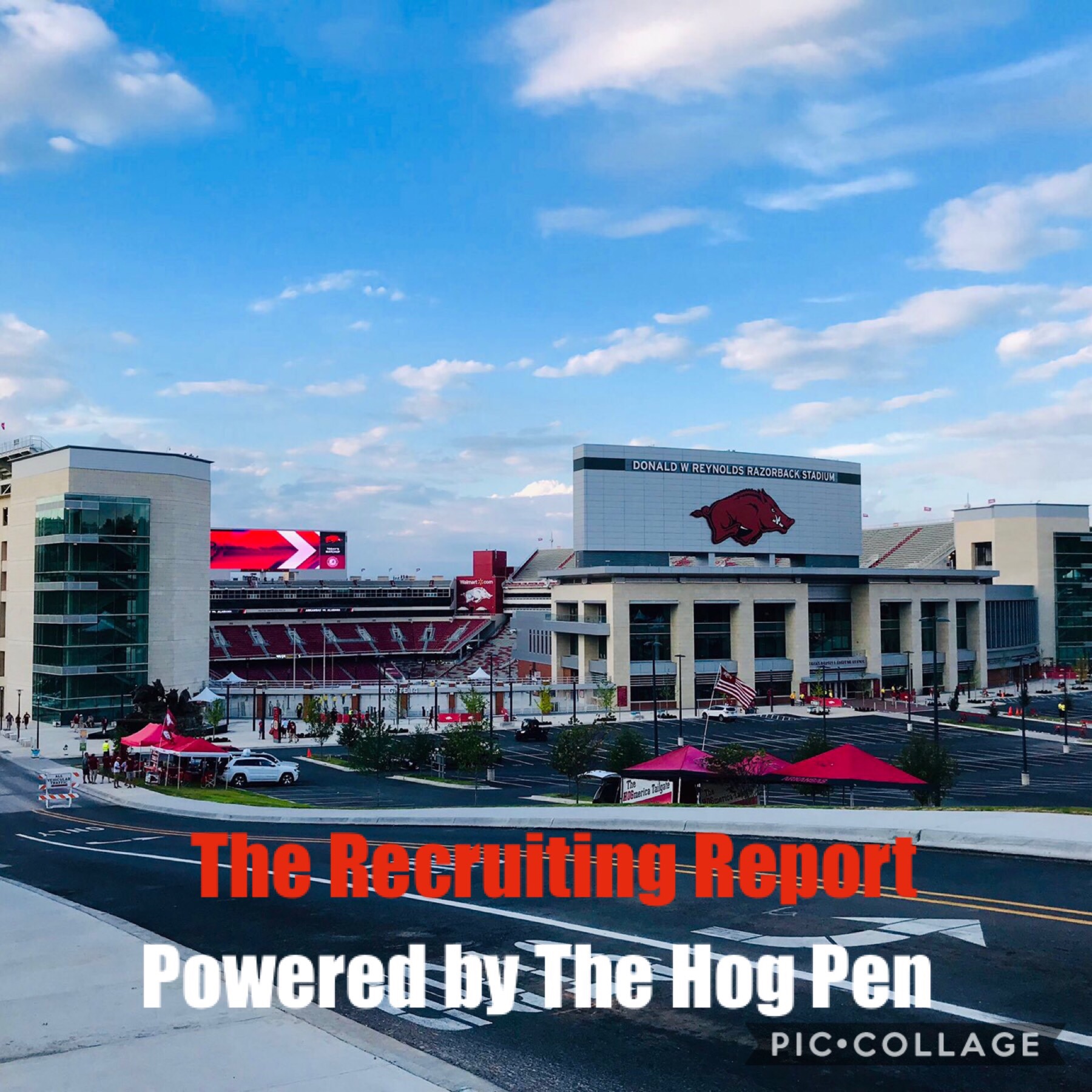 Arkansas has around 10 guys still highly interested in being a HOG for 2019. Here’s a look at these 10 men. Which ones will be Razorbacks?
Stacey Wilkins OL Camden, AR 4 ⭐️(OU commit)
Wilkins has been one of very few words, kept his recruitment very quiet as well. Wilkins committed to Oklahoma in the summer but has scheduled an official visit with Arkansas next Saturday for the LSU game. The Hogs will have a handful of players who are uncommitted or committed elsewhere on hand that Saturday. He is the cousin of former Arkansas standout Shawn Andrews. Obviously the Arkansas connection is there but is it in his blood? Can the Hogs do anything to maybe gain a commitment from one or two of them?
Myron Cunningham OL JUCO 3 ⭐️
Just like last season with current Arkansas linebacker, Andrew Parker, when Arkansas offered him his first Power-5 offer, Texas and other schools followed suit. Same is the case with this JUCO stud. Arkansas is heavily interested in Cunningham’s services and rightfully so. Arkansas is in dire need with a handful of lineman who have already retired from football and three others who will depart from the program after graduation. Arkansas needs offensive lineman and in a desperate way. If the Hogs can land Cunningham and others, Arkansas will have stability in the trenches for the first time since 2015.
Jalen Catalon S, Texas 4 ⭐️
Arkansas fans have grown weary of the terrible play at safety the last four years. Many will be happy to see the current starter graduate and explore new pastures after this season. The Hogs brought in two quality SEC safeties in Myles Mason and Joe Foucha in the 2017 signing class. If the Hogs gain a commitment from Catalon, it could boost the the free safety position in a hurry. Do not let the stature of Catalon kid you though. The man is a sure tackler, a hard hitter and plays with the instincts of a baseball center fielder. Oh, he also plays baseball, too and is being recruited by Coach Dave Van Horn to play baseball as a dual sport athlete.
Caleb Johnson LB JUCO 4 ⭐️
Many of the recruiting gurus on 247sports.com have looked into their crystal balls and have found Johnson eventually signing with Texas. The Hogs will not give up that easily though. Arkansas has a deficit at linebacker right now, so defensive coordinator and linebackers coach, John Chavis, has heavily pushed to get immediate help at his position with this JUCO linebacker. Arkansas had success once already with a JUCO linebacker in Martell Spaight. Oregon most recently came in with an offer for Johnson as well. Being a west coast guy, expect Johnson to look at Oregon hard before deciding where he will commit.
Chibueze Nwanna OL JUCO
Arkansas is no stranger to Lackawanna College. In 2014, Arkansas pushed to gain the services of Jermaine Eluemunor, who originally committed but flipped to Texas A&M. Can the Hogs have success this time?
Lakia Henry LB JUCO(Tenn Commit) 4 ⭐️
Arkansas offered the Volunteer commit about a month ago knowing the depth concerns of the position. Henry is ranked as the number one linebacker in the JUCO ranks. After doing a little research, Little was known about Henry. He had no ratings coming out of high school and no D1 offers. It reminds me of Dorian Gerald who out of high school was in the same situation but blew up as the best pass rushing defensive end in JUCO. Chavis has recruited Tennessee hard in the 2019 class but can he have the opportunity to flip this stud linebacker?
Bobby Wolfe DB, (Decommited From A&M)
Wolfe is a versatile player who can play multiple positions in the defensive backfield. He’s long, rangy, quick and athletic as any player in the 2019 class. Personally, I love to see players that are cocky and arrogant, too. Being nicknamed Hollywood, you know he will back it up!
Devin Bush DB, Louisiana
Bush is the 7th rated cornerback in the country according to Rivals. He’s a captain on his dominant Edna Karr High School. He will be visiting Fayetteville next Saturday against LSU. Bush is a tip target who is giving Arkansas a lot of love. LSU, Clemson and Tennessee are also ones who are looking to gain his playmaking ability.
Gregory Brooks, JR. (Miss State Commit)
DB, Louisiana
Brooks has not taken any other visit besides the one to State. He recently told Rivals in June that he picked State over Arkansas because it is more convenient for his family to see him play. He will be another Louisiana cornerback looking at the Hogs hard. He is a big time, fast, cover cornerback, something Arkansas definitely needs. Can Arkansas persuade him to jump off his State commitment?
Dylan Rathcke OL, Louisiana
Rathcke recently came on Arkansas fans radar. He picked up an offer from Coach Morris himself on Friday night. He also has offers from Kentucky, Tulane and others. He possess tremendous upside at 6’5 290 pounds. He will be a great player to have if Arkansas can gain the JUCO lineman to play ahead of him to learn Coach Frye’s line scheme.
Arkansas has the opportunity to impress these big time playmakers and get them on “The Hill”. Arkansas’ turn around may not happen until 2020 but being able to land these high caliber players like they already have landed in the 2019 class, bodes well for Arkansas fans who are rightfully disappointed in the season. Help is on the way fans and you will see it come 2019.
Who do I believe become Razorbacks by the December or February National Signing Day?
24. Devin Bush
25. Myron Cunningham
26. Dylan Rathcke
27. Jalen Catalon
28. Greg Brooks, Jr.
29. Stacey Wilkins

Big Recruiting Weekend on the Hill

0 thoughts on “Recruiting Report: Sunny with a chance of some flips”